I can’t believe this was our first visit to Yellowstone National Park in Wyoming.  It has a lot to offer.  Geysers, waterfalls, hot springs, mudpots, fumaroles (steam vents), wildlife, and mammoth hot spring terraces are everywhere. 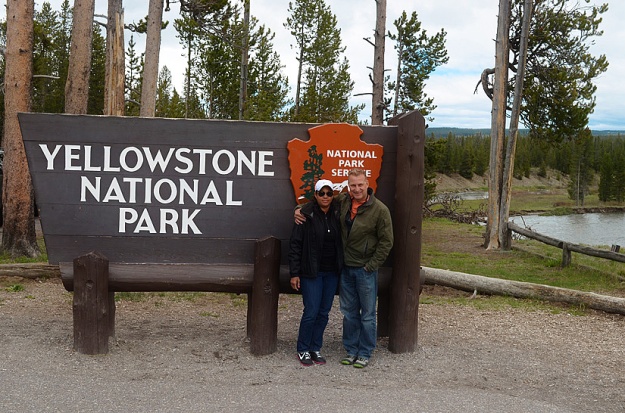 Old Faithful lives up to its name.  We arrived at the visitor center around 5:00 and it was only 10 minutes from erupting.    We came back the next day and saw it erupt again.  Very cool.  It seems like we saw a hundred geysers, they were everywhere. 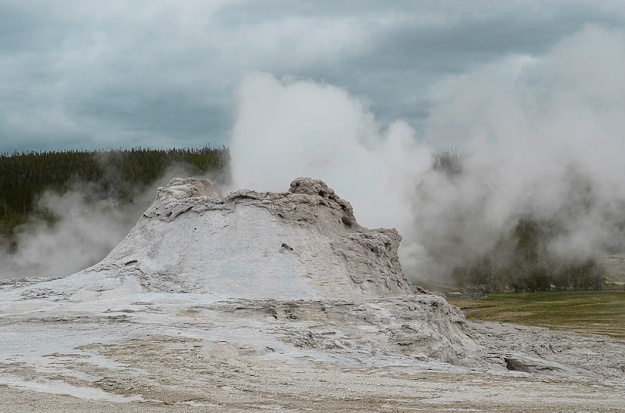 One of my favorite attractions was the hot springs.  The water is incredibly clear and shows hues of many colors.   We saw a lot of hot springs, here are just a few.  The water is really hot (most over 160 degrees), so you might be tempted to jump into the spa, but that is highly ill advised! 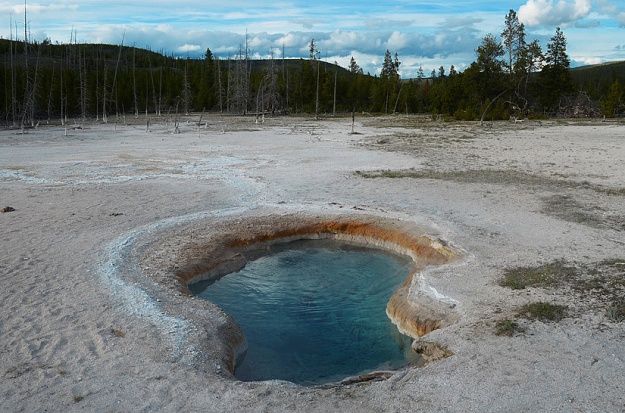 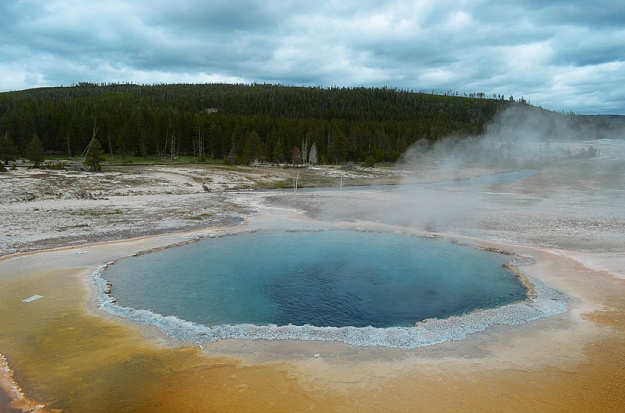 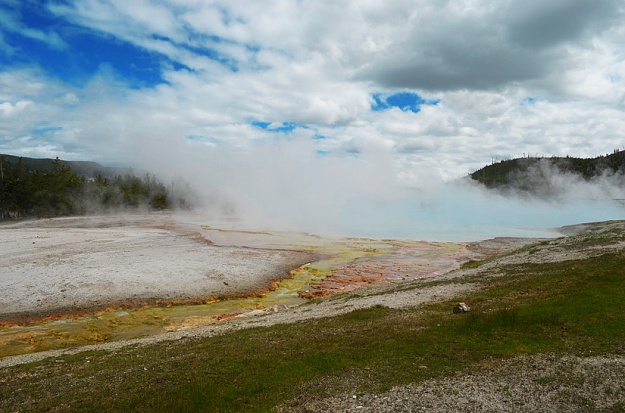 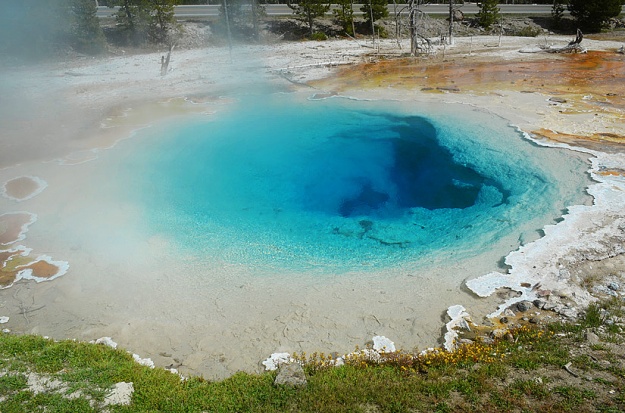 Mudpots are an interesting phenomena.  They are acidic features with a limited water supply. Some microorganisms use hydrogen sulfide, which rises from deep within the earth, as an energy source. They help convert the gas to sulfuric acid, which breaks down rock into clay. Various gases escape through the wet clay mud, causing it to bubble. 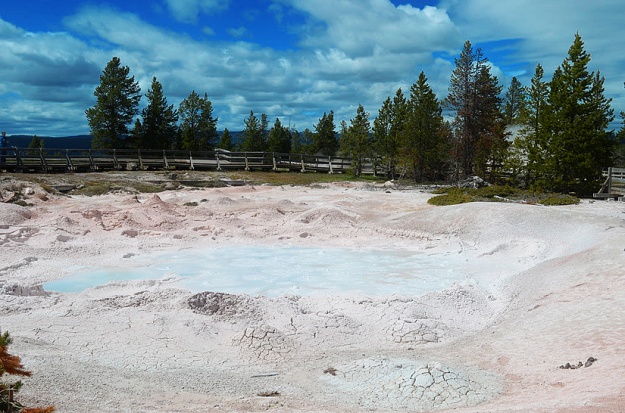 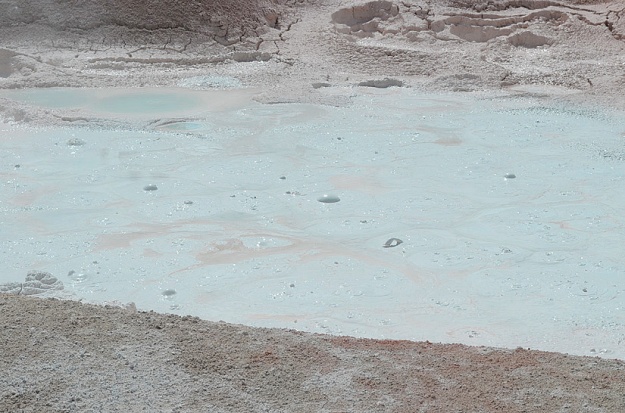 We encountered a lot of wildlife during our time here.  We had buffalo come right up to our car, saw black bears, eagles, coyotes, and elk. 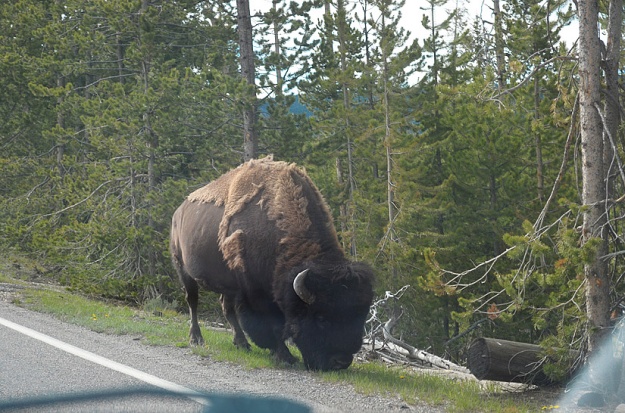 This buffalo was right outside our car window

Huge Elk – Was not afraid of us!

We visited Lower Falls and ended both of our days at Yellowstone around 10 p.m.  We got all we could out of the park in our 2 days! 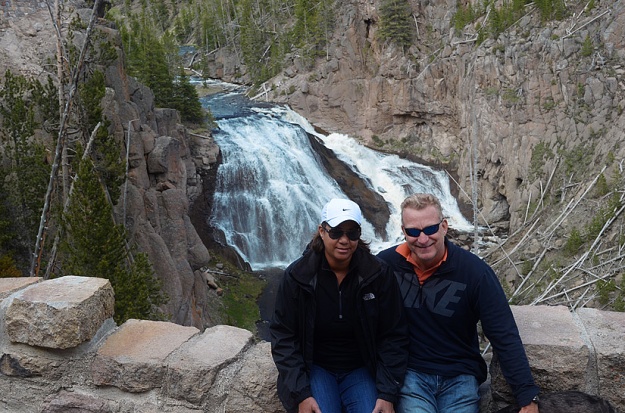 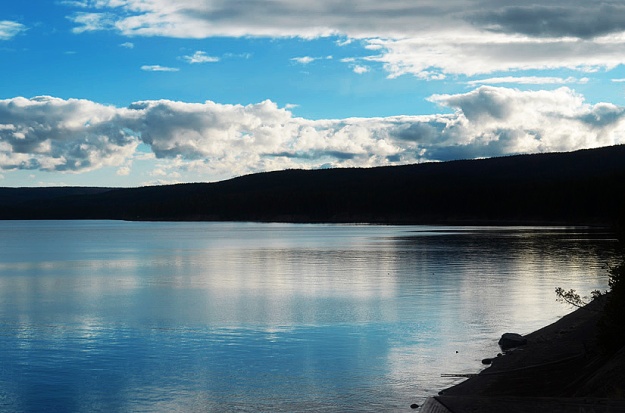 If you would like to see a slide show of pictures from this trip, click here: http://www.webetripping.com/Gallery_USA_WY_GrandTeton.asp

A logical place to stay is in Jackson, Wyoming, just a few miles from the park entry.  This is not far from a famous ski resort – Jackson Hole.  We stayed at the Cowboy Cabins, a cool set of cabins that have flat screen TVs, kitchen, and a comfortable bed.  We also made use of the pool and hot tub.

Jackson is a cool little town, very western looking.  Reminds me a bit of Golden, Colorado.  They have an incredible breakfast place called The Bunnery — this is the best breakfast I’ve ever eaten.

It also has a micro-brewery called “The Snake River Brewery“.    We really liked the Snake River Lager, many of the restaurants also carried this beer. 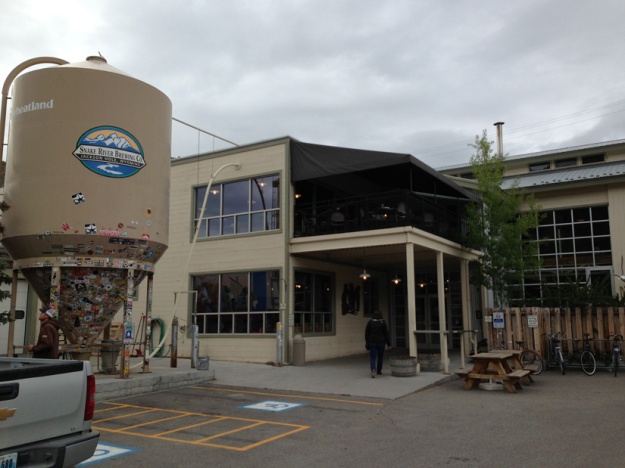 Once you leave Jackson and enter the National Park, the view of the Teton mountain range appear.  Unfortunately, the first 2 days were cloudy, so much of the view was hidden by clouds.  But on the third day, boy did the Tetons show their splendor.  Only a few miles into the park is Mormon Row.  This is a small dirt road where a Mormon family lived in the late 1800’s. 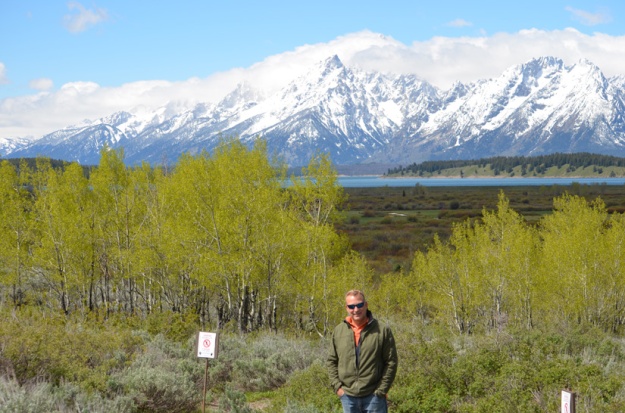 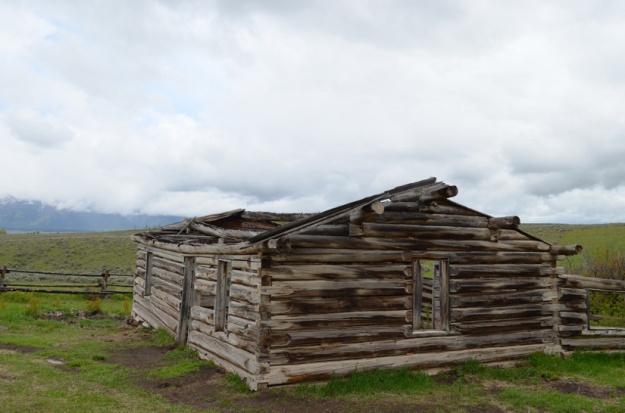 The Cunningham Cabin was owned by John Pierce Cunningham, who arrived in Jackson Hole in 1885 and worked as a trapper until he established a small ranch in 1888. Once his ranch was completed, he used this cabin as a barn.

The cabin was the scene of a shootout in 1899 between a Montana posse and two horse thieves, who were killed at the scene. The dead men, who had worked for Cunningham the previous season, were buried in unmarked graves nearby.

Jackson Lake is the larger lake in the park. It sports incredible views of the Teton range. 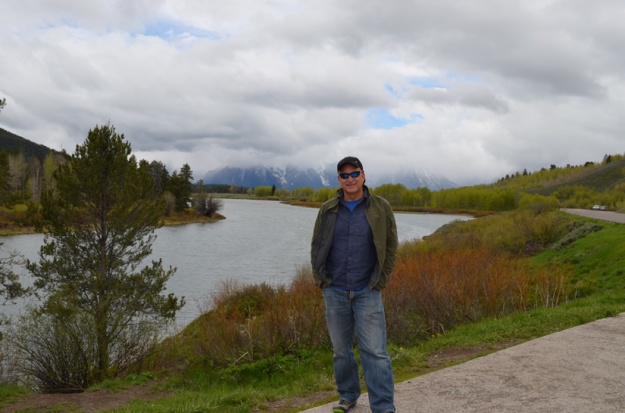 John D. Rockerfeller, Jr. built the Jackson Lake lodge in the 1950’s. To stay here, you must have a reservation about a year in advance. It has a funky grill that has bar seating only. We loved this, it kinda forces you to talk to people around you and has a small town feel.

Jenny Lake is a beautiful but small lake that backs up to Grand Teton mountain. We took a boat tour of the lake from a guy that has lived there as a guide, ski instructor, and boat captain. He was probably 30ish and had a zest for life. He said if we come back 10 or 15 years from now, he would still be doing what he is doing.   In his time off, he skis, mountain climbs, and hikes.  Now that’s how to live life — enjoying everything about where you’re at and not longing for something different. 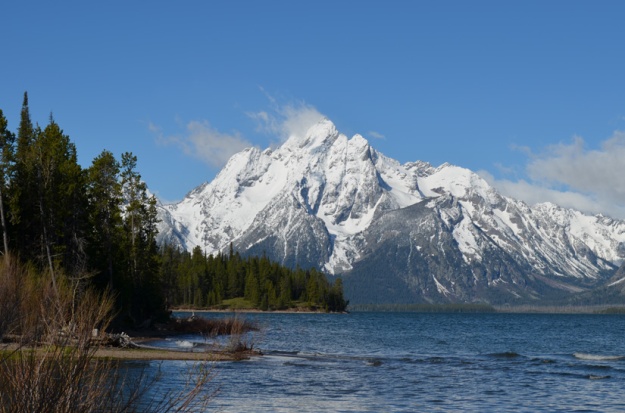 We ran across this little Cowboy from Florida when visiting Mormon Row. He had 2 other brothers, all dressed up in Cowboy attire — it was great. 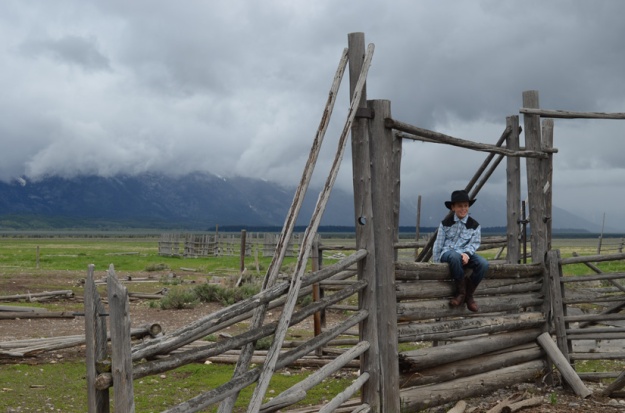 On the last day, we saw a lot of people taking pictures. We stopped the car and found that it was a black bear. We snapped the pictures and got out of there!