As you can see, the snow is just about gone in Keystone.  Now the mountain bikers are starting to enjoy the mountain.  You can take your bike to the top of the mountain using the gondola and bike down.

I was surprised that Keystone was so dead — not a lot of people there.  But the weather was nice (about 65 degrees) and we enjoyed walking around Keystone Village.

Saw this little guy on our walks

Ryan and Katie in the Dog House

Cameron and I rode bikes around Keystone, they have great trails.  We came flying down a hill and over a bridge and Cameron popped both bike tires.  Too funny! 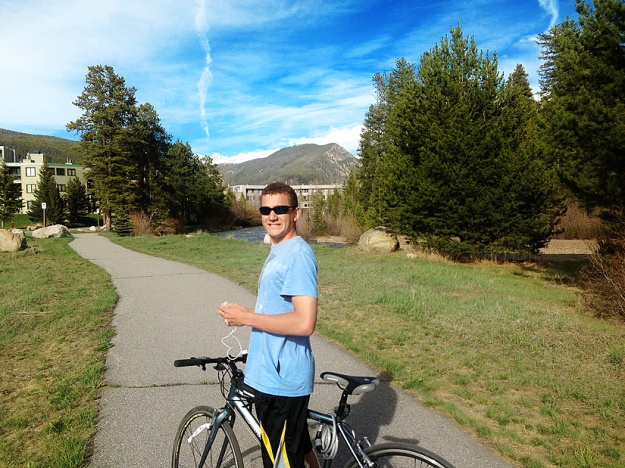 We also caught a couple of movies while in Keystone.  We saw The Great Gatsby and the new Star Trek movies.  Both were excellent.

On Sunday we hiked a trail overlooking Lake Dillon.  Our dog Katie loved the hike. 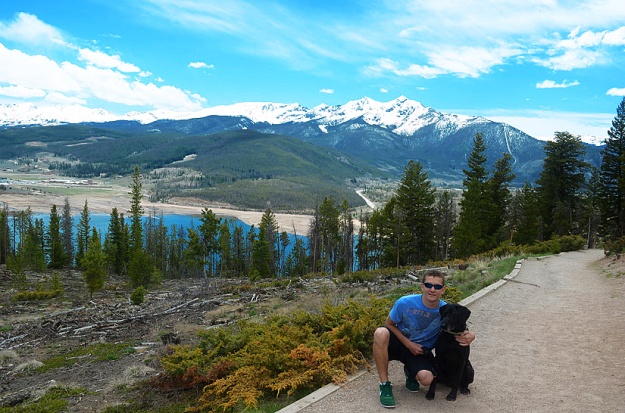 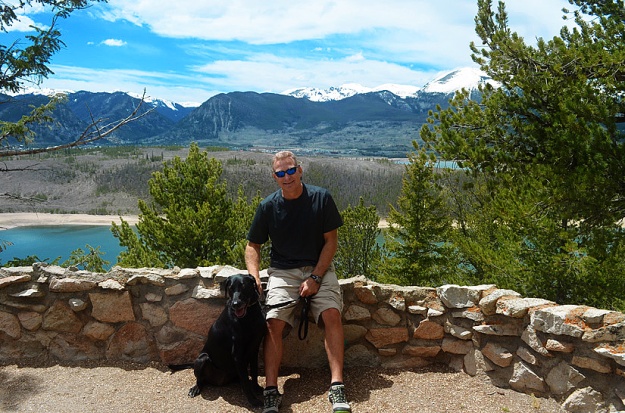 Tepee at the top 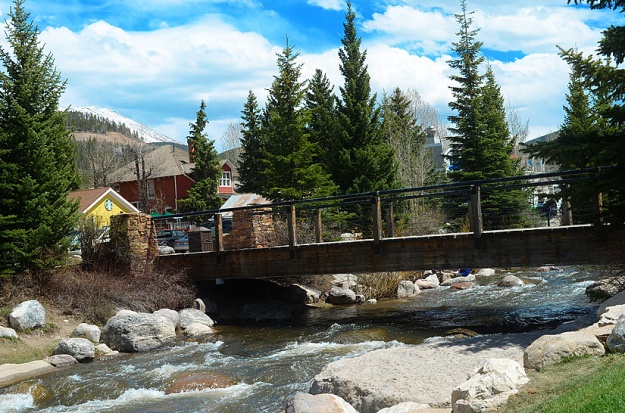 Katie took a dip in the stream 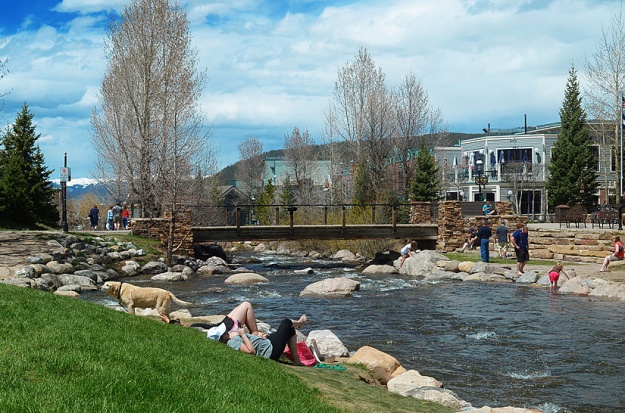 It was great hanging out with the boys for the weekend, we are now off to the Grand Tetons and Yellowstone National Park.

When we moved to the beautiful emerald coast of Florida about a year ago, one of the first couples we met were David and Paula Thaggard.  They are kindred spirits, serial entrepreneurs that ran a very successful construction and interior design firm in Tennessee for years.   Wanting to unwind a bit, they purchased a home on the emerald coast and opened up a  froyo (frozen yogurt for the less hip) shop for their oldest son and his wife to run.

We became fast friends and last weekend they invited us to their beautiful home in Tennessee.  And beautiful it is.  They built this home and most of the other spectacular homes in this upscale neighborhood.  The quality of the home is impeccable, no expense was spared.   Paula is an incredible  interior designer — you would think this is a model home.  Here are some pictures that have no way of doing it justice, you would have to see it to fully appreciate it. 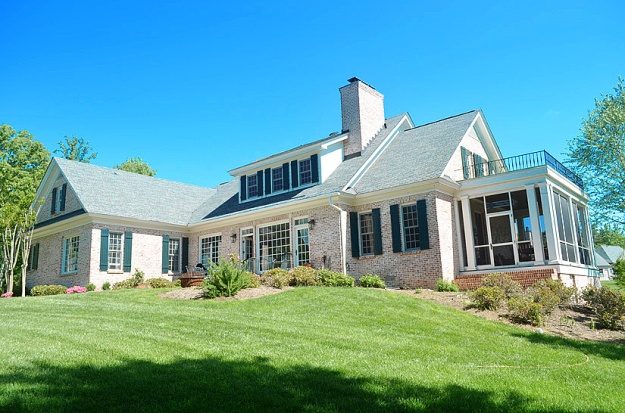 Beautiful home of the Thaggards 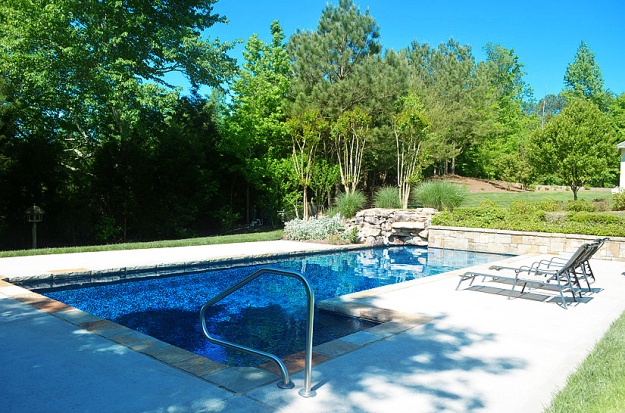 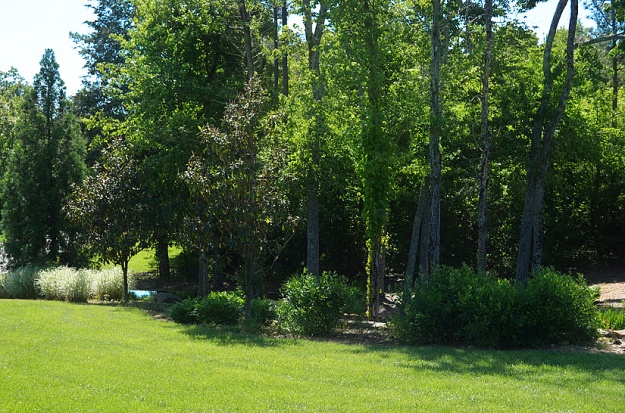 View of the pond

They live in Cleveland TN, about 30 minutes north of Chattanooga.  On Saturday, we explored Chattanooga, as this was our first experience here.  Chattanooga is re-surging city of about 200,000 people, sporting the fastest internet in the country — 1 gigabyte internet speed.

Chattanooga has a rich history.  Its early inhabitants were Cherokee Indians — they were forced out by the US government in 1838.  They left for Oklahoma, the exodus was called the “Trail of Tears” because of all of the fatalities along the way. 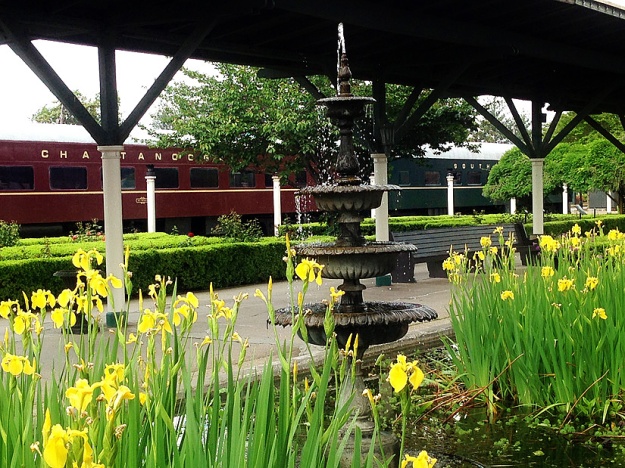 It was also an important city in the Civil War, and fierce battles ensued here.   After the war, it became a major railroad hub and industrial city.  That is probably why you will recognize the phrase “Chattanooga Choo Choo”. 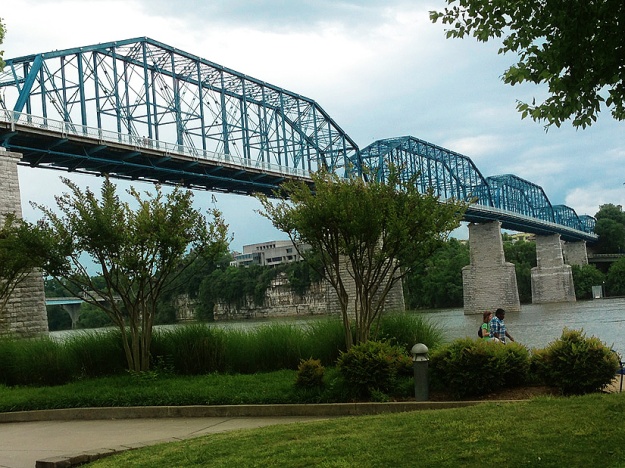 We spent most of Saturday exploring the city.  We walked to the statue garden, walked the pedestrian bridge and enjoyed a nice dinner at a new upscale bar called the Flying Squirrel.  Here, we met one of David and Paula’s daughters — Jennifer.  It was great meeting her and her girlfriend, they were great fun to spend time with. 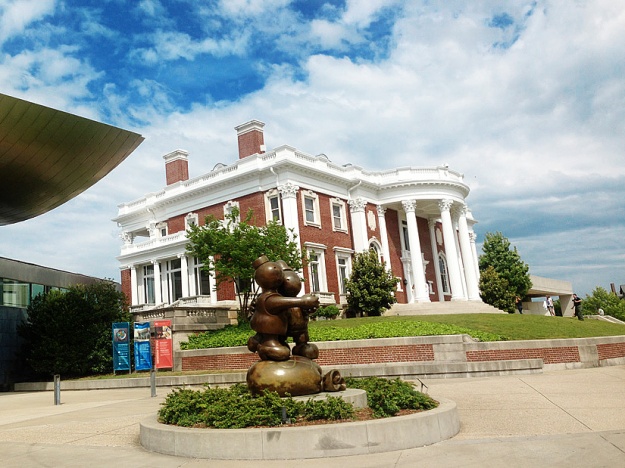 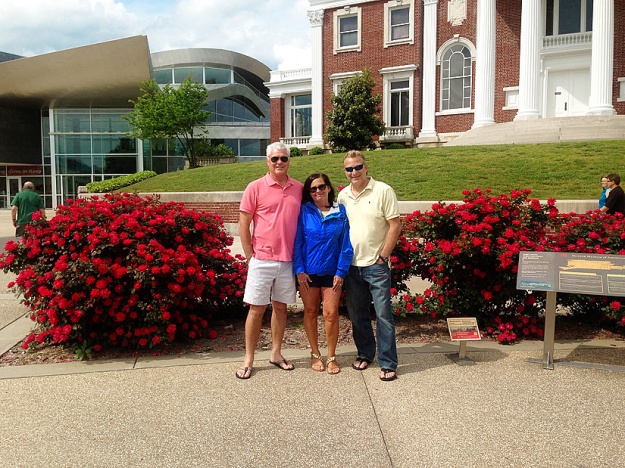 As we were walking through the historic Chattanooga Choo Choo hotel, we happened on to this carriage. Notice the dog, it is a Dalmatian / Hound mix and was more than content just hanging out on the carriage.

When we were downtown, we saw this awesome car. David and I thought initially it was a Corvette, but upon closer inspection, we think it was a kit car built by someone. Very cool.

Not a Corvette — a kit car

I can’t end coverage of our trip without giving David and Paula a hard time about their flip phones. We are always giving them crap because when they text with these phones, they have to press the “2” key 3 times just to type a “C”. But I gotta say, they are pretty fast with it. But come on, you can afford an iPhone, get into the 21st century!  By the way, the picture quality below is indicative of a flip phone :).

What’s Next?
We are about to embark on a 3 month trip to the West | Northwest United States.  We will start our trip spending Memorial Day with our boys in Breckenridge Colorado.  We will then head up to the Grand Titans and Yellowstone National Park for a week or so, then to Oregon, Washington and Vancouver Canada.  Stay tuned for updates!

We recently visited California for almost 3 weeks.   We blogged about the visit as we went along.  Although a bit overdue, I compiled the visit into a series of slide shows.

We started our trip by visiting the awesome national parks of Sequoia and Yosemite.  Below are some slide shows for that part of our trip:

We then made it to San Francisco, visiting more national parks, Alcatraz, the city, and Haite Ashbury, the birthplace of the hippy movement.  Below are slide shows:

We then headed south to see the Hearst Castle, built by William Randolph Hearst.  Upon leaving the castle, we drove the Pacific Coast Highway up north through Big Sur to Carmel, the hometown of Clint Eastwood.  The next day we drove the 17 mile road through scenic Pebble Beach.  sideshows:

After leaving California, we made our way through Nevada, visiting the Hoover Dam and Las Vegas.  Here are slide shows from that visit:

In a few weeks, we are planning a 3 month trip to the Northwest USA.  We plan to see Yellowstone National Park, the Grand Titans, Oregon, Washington, Vancouver and Victoria Island.   Talk to you soon!