Alaska has been on the bucket list for a while now so we took an incredibly calm Norwegian Sun cruise from Vancouver to Alaska via the inner passage.

Our 11 day route took us to Ketchikan, Juneau, Skagway, Glacier Bay, and then onto a land tour in Denali National Park.  We are not really cruisers but we may change our minds after this trip.  The cruise had great food, great shows and incredible views.

After 2 days of sailing, we arrived at Ketchikan, a small town with a population of 8,000 and aptly named the “Salmon Capital of the World”. While we were there, we saw more salmon coming into the bay than I have ever seen — they lined the top of the water.

Ketchikan was home to a thriving Native American population in the early days and boasts more totem poles than anywhere in North America.  There is still a small population of Native Americans  (just under 17%) living here and they are very proud people with a strong heritage. When we visited, we witnessed a tribal dance and they allowed me to participate.

I was struck by the beautiful totem poles and art pieces. We attended a presentation by one of the artisans that continue to create totem poles for other towns. 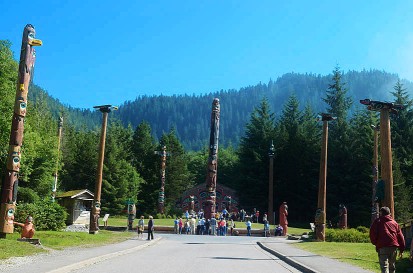 Our final excursion here was to attend a lumberjack show.  OK, it sounds corny (and parts of it were), but these guys are great athletes with skill and agility.

In Juneau, we had an incredible excursion where we took a helicopter up to the top of a glacier where dog sleds were awaiting our arrival. The ride up was breathtaking, with incredible 360 degree views. 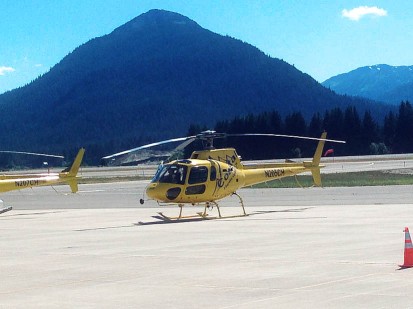 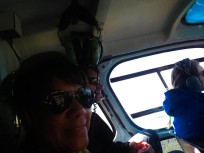 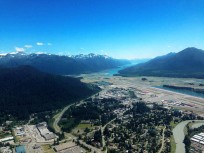 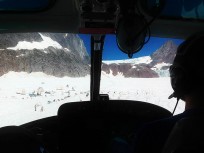 Once we landed, we met the friendly Alaskan huskies before embarking on a several mile ride upon the glacier in the dog sled. Many of these dogs have participated in the Iditarod, a yearly 1,024 mile dog sled adventure across Alaska. You may notice that many of the dogs look more like muts than Siberian Huskies. That is true, they are mixed but are chosen for speed and endurance. 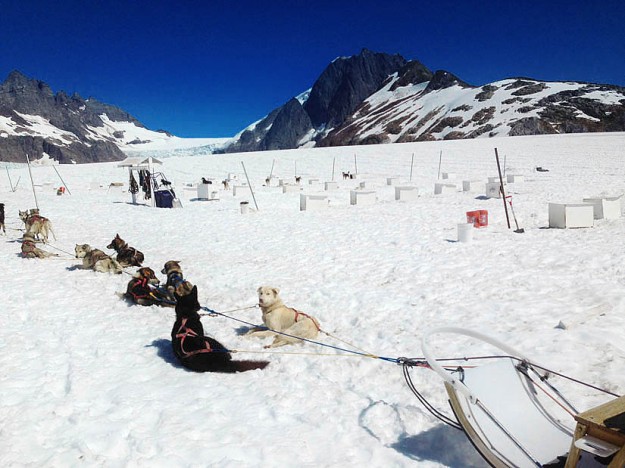 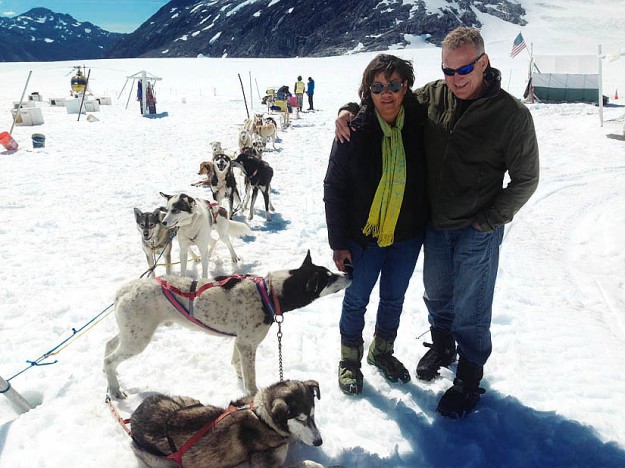 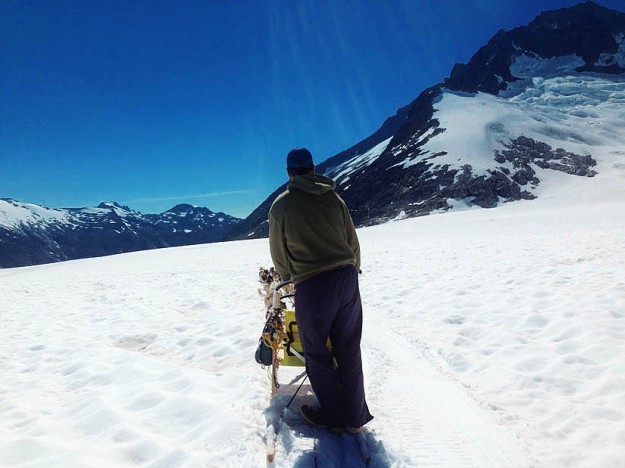 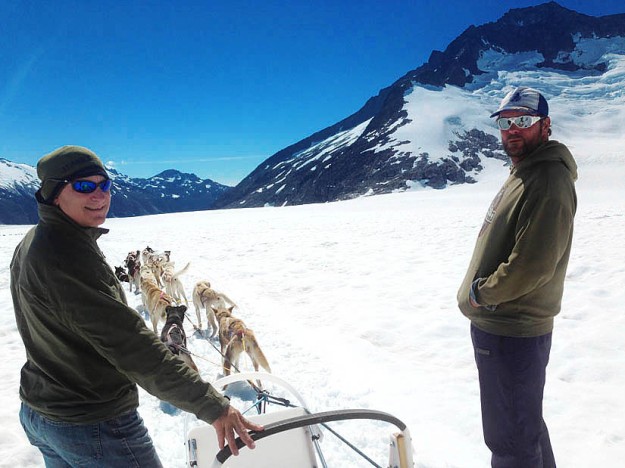 Our final excursion in Juneau was to visit the Alaska Brewery, home of the best Amber Ale I’ve ever had.

In Skagway, we met a team that participates in the Iditarod and petted new Alaskan Husky puppies. 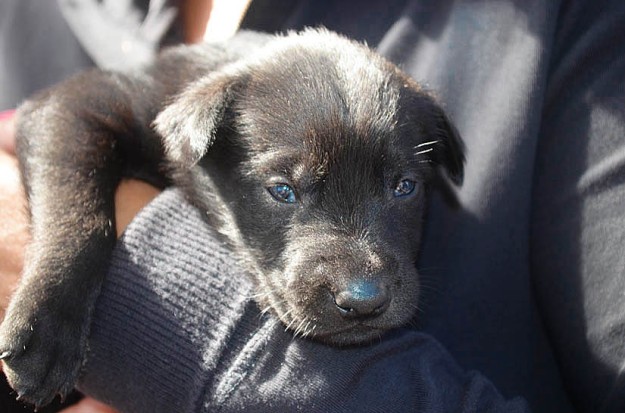 At this site, they had a room that was refrigerated to 40 degrees below zero to show how it might feel if in the Alaskan wilderness. We threw on big coats and hung out for about 5 minutes in the brutally cold room.  Invigorating! 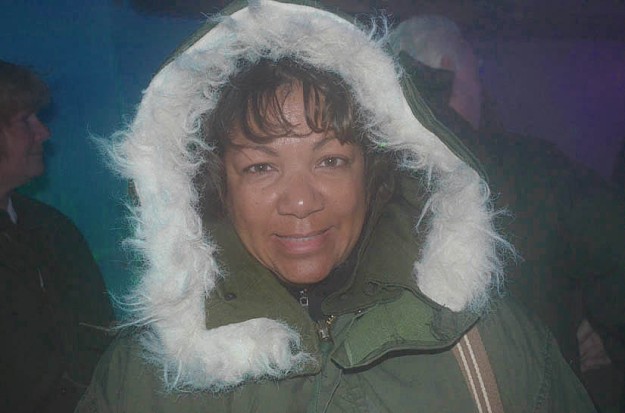 Lynn in 40 degrees below cold

We also took a chance at panning for gold. Altogether Lynn and I found about $20 worth of gold. 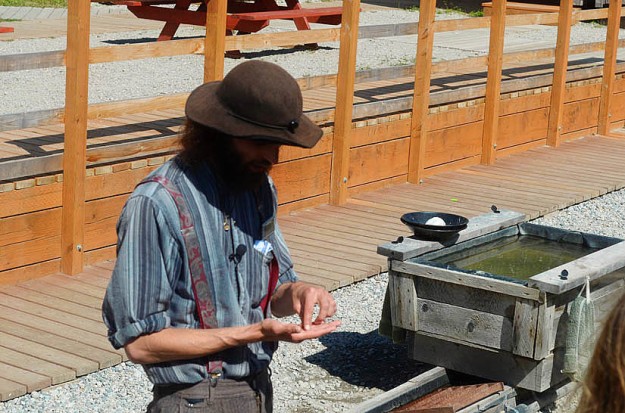 Our final excursion was a photographer’s tour where we ventured into Canada to take some cool landscape pictures. 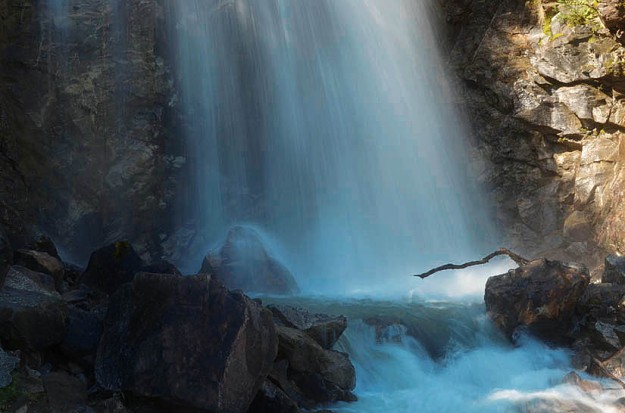 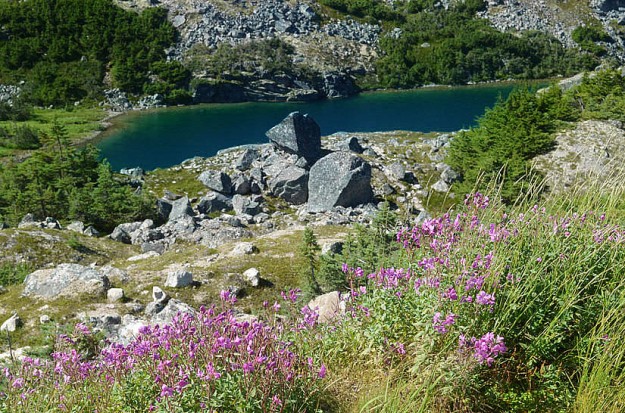 The most thrilling part of the cruise was visiting the incredible glaciers. Our captain was incredible, he was able to maneuver the ship so that everyone could get great pictures of each glacier. We saw all the glaciers in Glacier Bay and woke the next day to Humboldt Glacier. We hung out at each  glacier for about an hour, saw the glaciers crumbling into the sea with grandiose sounds that reminded me of thunder.

After leaving the cruise ship, we went straight into a 4 day land tour where we visited Anchorage, Denali National Park, and Talkeetna. Anchorage is the largest city in Alaska with a population of about 300,000. It felt like a small town that was heavily dependent on tourism. 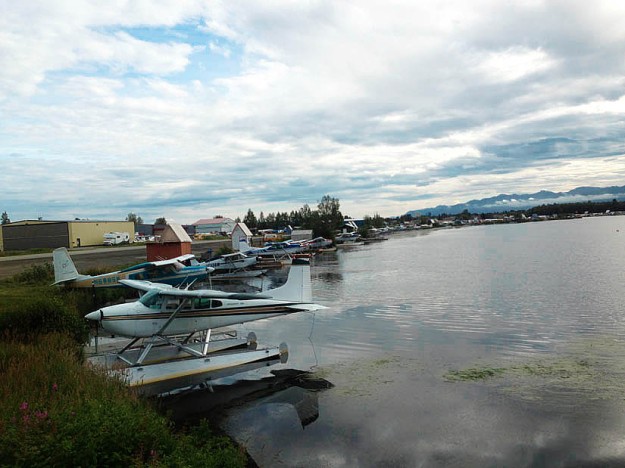 At Denali National Park, we participated in a 7 hour tour of the park where we saw caribou, moose, grizzly bears, and many birds of prey. The highlight for us was seeing Mount McKinley, the largest mountain in North America at 20,320 feet. The guide said that only 30% of the people that visit Denali get a good view of McKinley because of the clouds. We were lucky to be in that 30%, as we enjoyed great views. 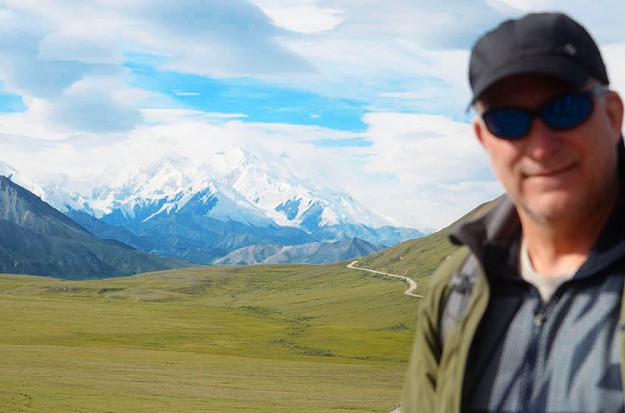 On our way back to Anchorage, we rode the train to a town called Talkeetna. The TV show “Northern  Exposure” was modeled after this town but was actually filmed in Roslyn Washington. Their claim to fame is that they elected a cat mayor of the town 15 years ago and we were able to visit where he hangs out in the gift shop. They like him because he never raises taxes and lets government stay out of people’s lives. Hmm, he must be a republican! 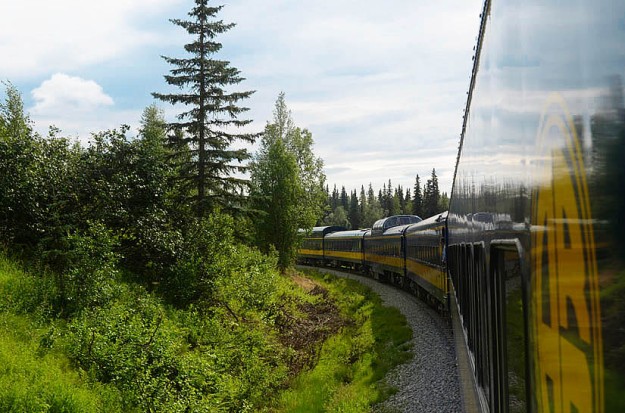 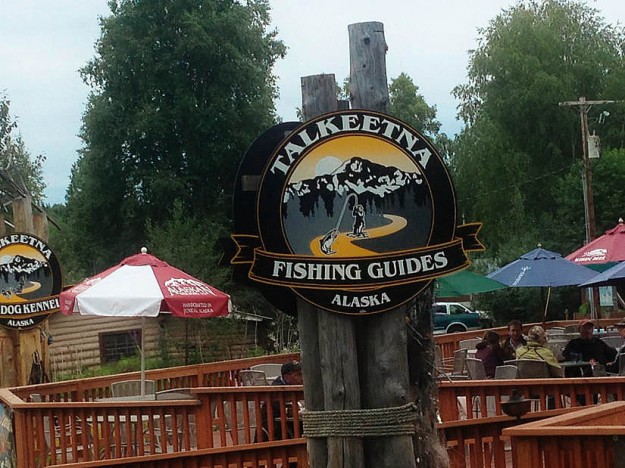 Well that concludes our 3 month summer vacation. We are now returning to Florida to enjoy the rest of the summer, the fall, and then hunker down for the winter. I hope you enjoyed these posts.