Traveling in 2013 – Our Favorite Pictures

After traveling for about 7 of the past 12 months, you can imagine how many pictures we took along the way.  That is why it was so hard to narrow down the list that (I think) represents the best 20 pictures.  Each picture brings back memories and reinforces how fortunate we are to have been able to experience this in 2013.

Crater Lake has to be the most beautiful lake on earth.  We felt a connectedness to nature as we sat along the top rim of rocks overlooking the lake.

It took 3 days to get this picture, as the first 2 days were overcast.  It was worth the wait, the old barn in the Grand Tetons is very photogenic. 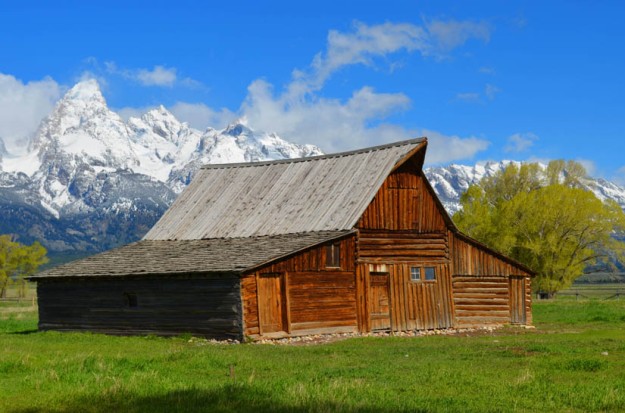 I took this picture without even getting out of the car.  I figured it would be just another picture but once I started reviewing the pictures at the end of the day, this picture really grabbed me.  I love the saturated blue hues juxtaposed with the grey trees in front.

After taking the gondola to the top of Whistler mountain, we spotted this small lake at the top, which really stood out among the mountains in the background. 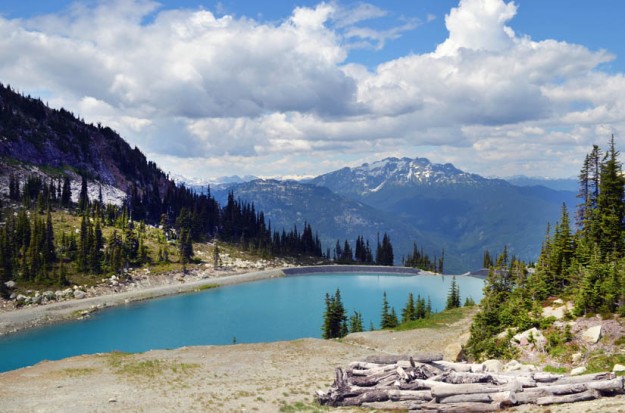 Just minutes from our front steps, we took this picture on the beach as the day was coming to a close.  We are fortunate to live in such a beautiful place. 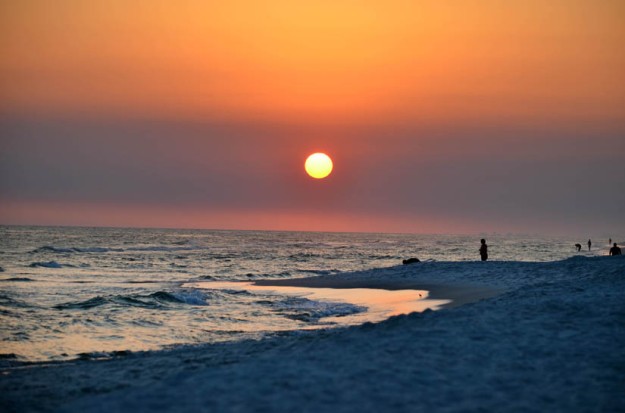 I love seeing the waves come crashing in during Spring at Point Reyes National Park in California.  Notice at the end of the peninsula is the Point Reyes lighthouse.

We came upon this rusty old truck when hiking in the Olympic National Park in Washington State.  One of friends once told me that anything old and rusty photographs well.  I agree.

We were on a photography tour when the guide showed us how to simply point our camera towards the sun when pointed right behind plants.  I was surprised how this little trick created such a cool picture.

The Grand Teton mountains make a great backdrop to this lake we saw just outside of Yellowstone National Park.

San Francisco offers so many great photo opportunities, the iconic Golden Gate bridge never disappoints.  We missed a better shot of the bridge.  One day fog was hovering all the way up to the middle of the bridge but we could never get into a good position to come out with a good picture of it.  I also used Photoshop to take out all colors but red for a cool look of the bridge. 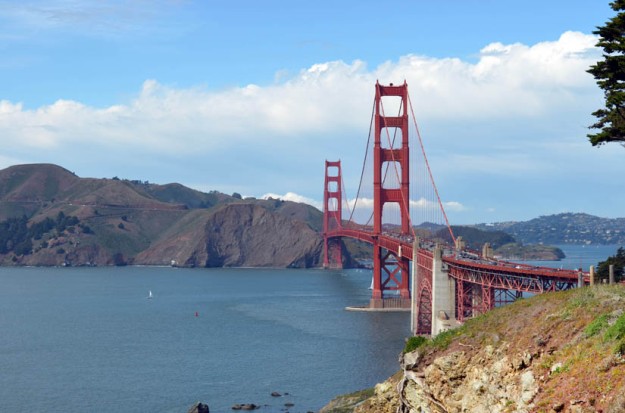 Just the reds of the bridge

Yellowstone provided so many great pictures but this one stood out.  I love the foreground reds with the smoke coming out of the geyser in the background. 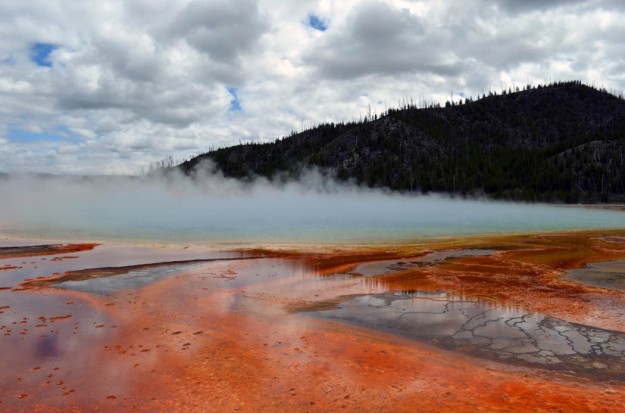 Haystack Rock is probably one of the most photographed places in Cannon Beach. One day we were strolling the beach and found ducks going for a swim in the ocean. This felt very odd, as I had never seen them do that before. They lined up perfectly with Haystack Rock in the background for a great picture.

Vancouver and the surrounding British Columbia area is incredibly beautiful, especially in the summer. We snapped this picture on the way from Vancouver to Whistler. 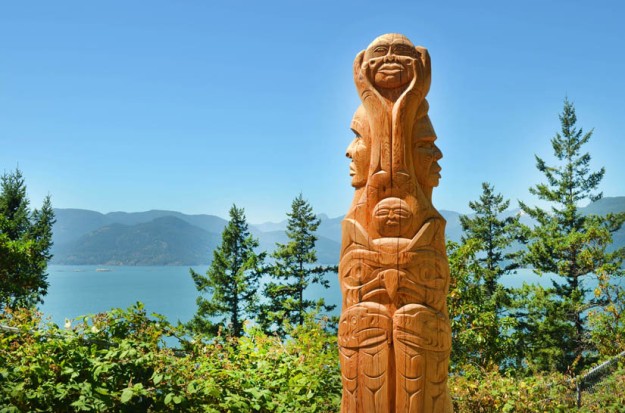 We took lots of great floral pictures in Butchart Gardens so it was hard to narrow it down.  I really like the aperture of this picture, with the flower focused while the greenery of the background takes a backseat.

I love photographing waterfalls.  We came upon this one in Alaska and it did not disappoint.  I set the shutter speed (ISO) at about 100 and set the aperture small enough to maximize focus (around f/10). That gives the water a more silky look as it falls.

The California coast is beautiful. I love the color of the water, the green grass and the orange cliffs.

The shadow of the rock is what struck me when I snapped this picture.  People stack these rocks — we saw lots of this when traveling around Alaska.  Not sure why they do it, but it does create a nice photo opportunity.

We stumbled onto this secluded beach when traveling along the Washington coast.  A lot of debris gets washed up along their shores and the trees are heavily washed by the thrashing ocean.

The glacier is obviously awesome but I happened to catch this seagull in mid flight, which adds a new dimension to the photo.  He was changing his direction, almost stopping on a dime. 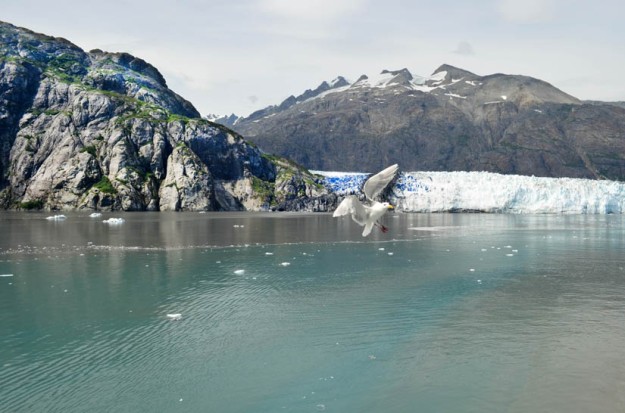 How can you resist photographing such a cute puppy?  This Alaskan Husky will most likely run the Iditarod in Alaska when he grows up.

We decided to spend three days in San Francisco because it has so much to offer.  As we drove into the town, we were taken aback by the price of gas. 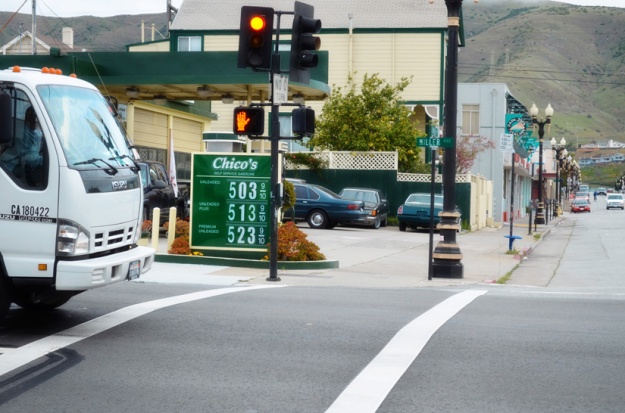 Want to pay over 5 bucks a gallon?

On 0ur first day in San Francisco, we visited the Point Reyes National Park, we blogged about that here: https://webetripping.wordpress.com/2013/03/30/cool-lighthouse-at-point-reyes-national-park/.

On our second day, we visited the hippie area of town called Haight Ashbury.  This is where the hippie movement started and is where Jimmy Hendricks, Janice Joplin, The Grateful Dead, Hells Angels and many more groups dwelled in the 60’s. 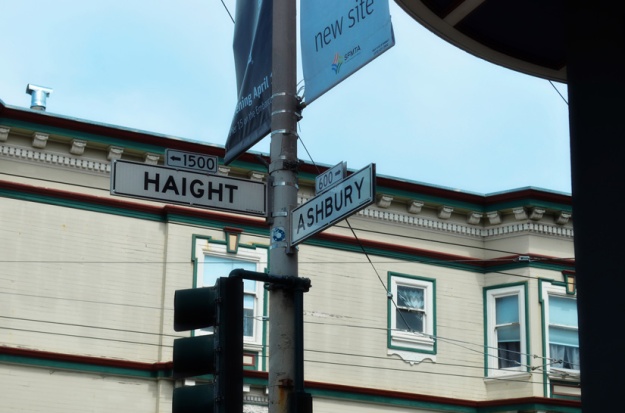 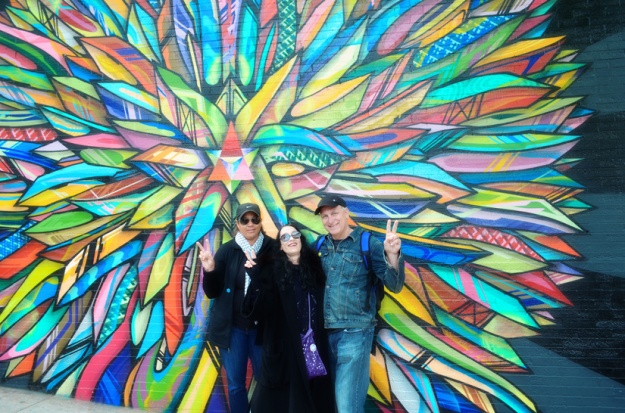 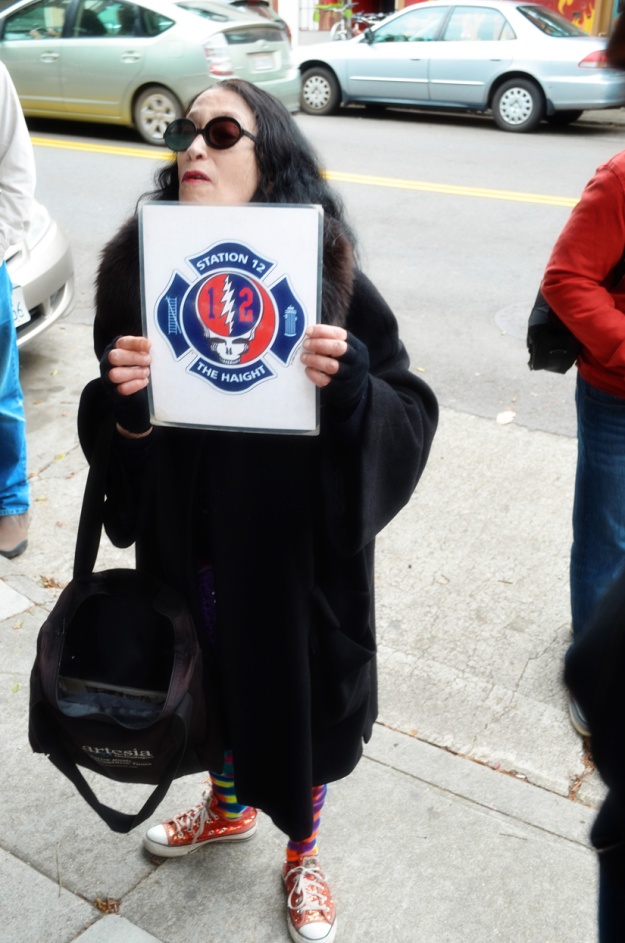 We visited The Grateful Dead’s home during the 60’s. 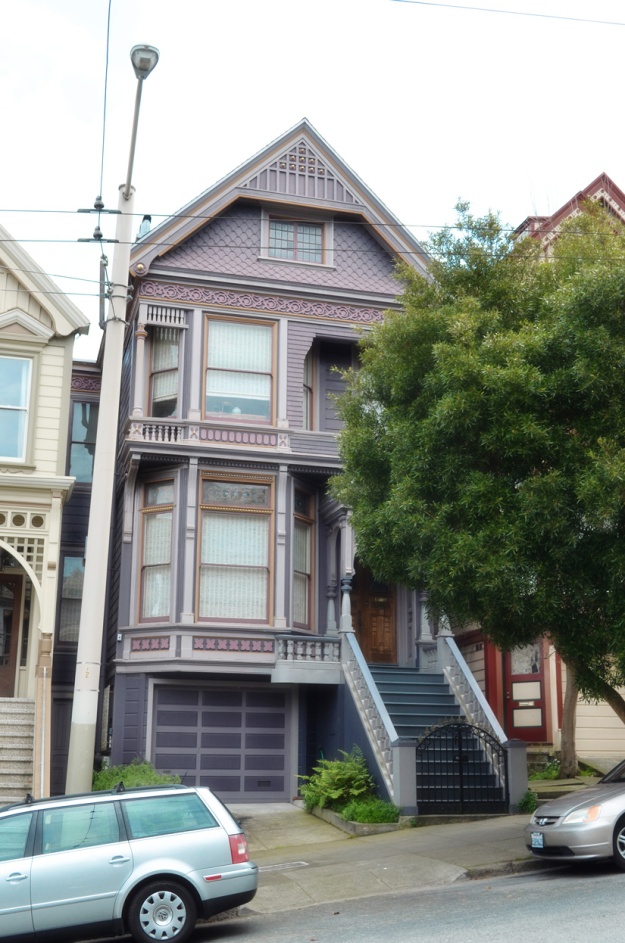 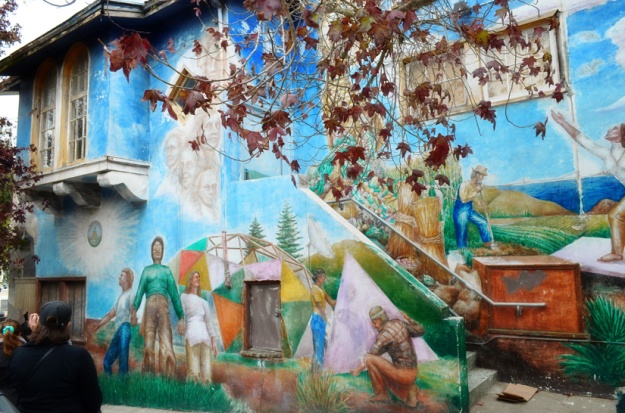 This was funny — during our walk we saw this flyer at this house.  I guess this homeowner had hit the limit with people urinating on his doorstep.

On the third day of our trip, we took a city tour and then visited Alcatraz.   Here are some pics we took along the way. 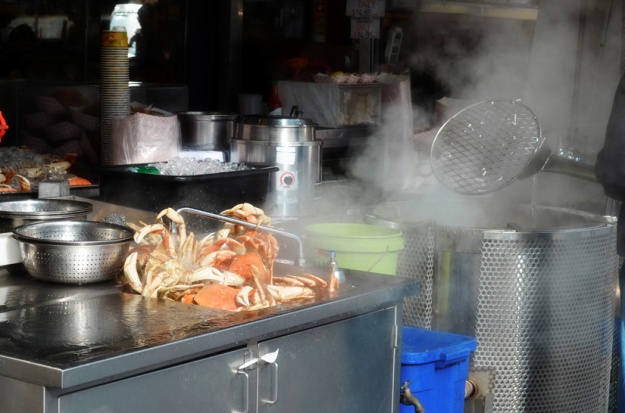 Lombard Street — curviest street in America — we drove it! 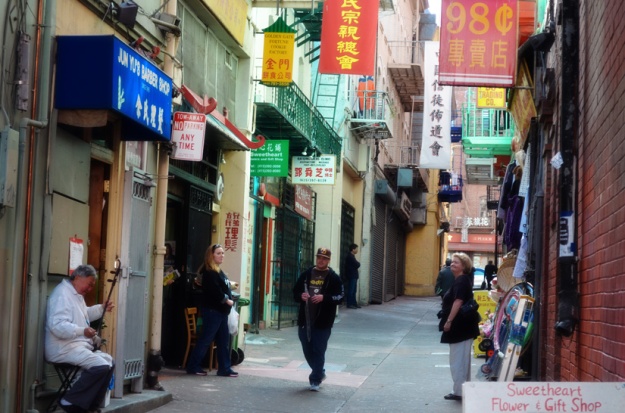 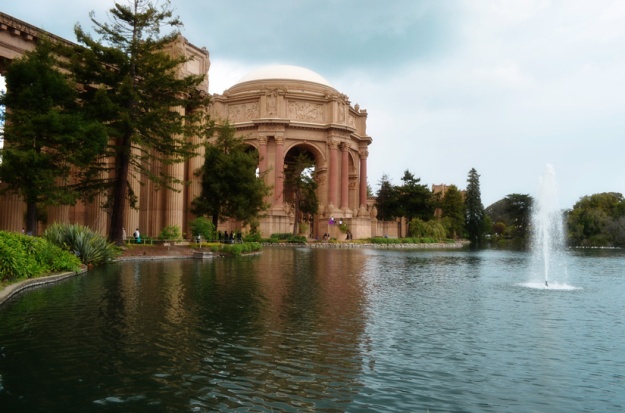 This swam was nesting — notice the eggs 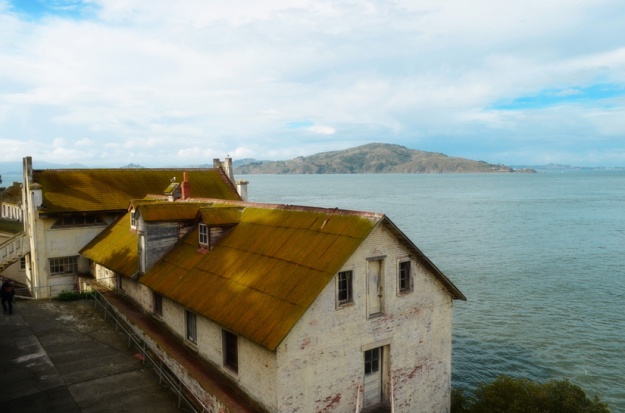 Mossed over roofs at Alcatraz

The warden’s home at Alcatraz