The next leg of our trip to Scotland takes us to Loch Ness, Eilean Donan Castle, and to a small sheep farm in the Scottish Highlands. Here’s our route so far: 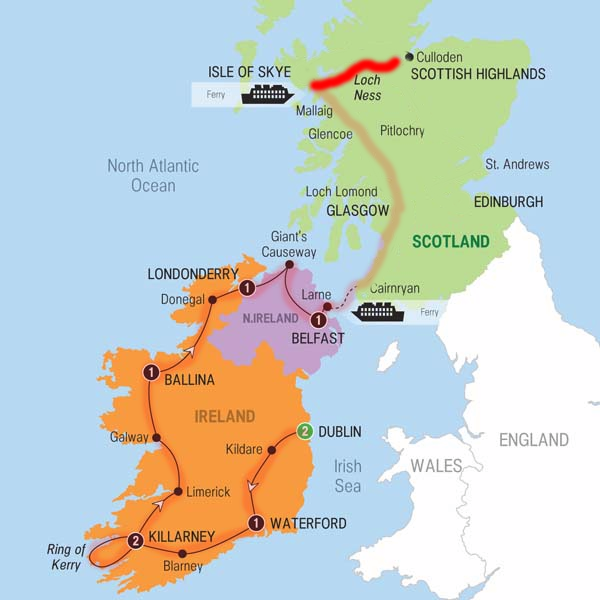 From an early age, I learned about the Loch Ness monster. Portrayed as an aquatic dinosaur, it has eluded capture for ages. I was happy that we were visiting the famous home of Nessie.

There have been accounts of an aquatic beast living in Loch Ness for 1,500 years but the first official sighting was in 1933 as reported by the Inverness Courier.  Since then, there have been numerous sightings tracked here.

In the 1960s several British universities launched expeditions to Loch Ness, using sonar to search the deep. Nothing conclusive was found, but in each expedition the sonar operators detected large, moving underwater objects they could not explain. In 1975, Boston’s Academy of Applied Science combined sonar and underwater photography in an expedition to Loch Ness. A photo resulted that, after enhancement, appeared to show the giant flipper of a plesiosaur-like creature.

Loch Ness is a beautiful lake surrounded by rolling hills.

It is a huge lake, there is more water in this lake than all the other lakes in Scotland, England and Wales put together. 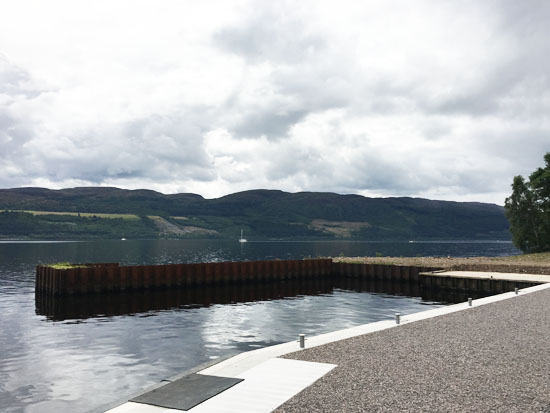 Our next stop was Inverness. Inverness is located on the River Ness at the end of Loch Ness.

We only spent a few hours in Inverness but if I return I would like to spend a lot more time here. It is a large enough city to have lots of things to do yet it felt like a quaint city with a lot of character.

It also home to the Inverness Castle, a red sandstone structure that was erected in 1836 by architect William Burn.

Earlier castles have stood where Inverness Castle is located today and have been recorded as far back as 1548. Here is a drawing of The Castle of Inverness of 1548 (thanks to Wikipedia for the photo).

Eilean Donan is one of the most iconic images of Scotland. Located on an island where 3 lakes meet, it is surrounded by beautiful hills, valleys, and lakes.

First inhabited around the 6th century, the first fortified castle was built in the mid 13th century and guarded the lands of Kintail. Since then, at least four different versions of the castle have been built and re-built.

It has also been home to numerous movie sets. In 1986, Highlander was shot here. If you’re a James Bond fan like me, you may remember the 1999 movie “The World is Not Enough“, parts of it were filmed here. 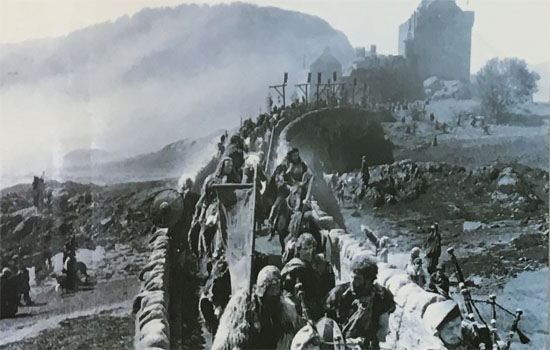 It was a real treat to stop at a working sheep farm. I was taken aback at how the farmer had such incredible control over his dogs. He would send a single dog out to round up dozens of sheep and the dog would take direction from whistles and hand gestures.  Many times the dog would be a quarter mile away and could still hear his commands. 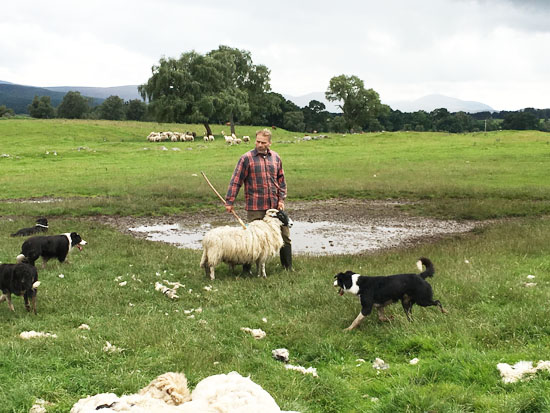 Pictures can’t do this justice, you would have to see it in action to truly appreciate it.

We spent 2 weeks on this trip to Ireland, Northern Ireland and Scotland, and I will finish up our trip blog next week. The last blog will cover our visit to Culloden, St. Andrews, and Edinburgh, Scotland.

3 thoughts on “Searching for Nessie, 007 and Herding Sheep in Scotland”