After visiting Galway, we made our way to Northern Ireland, stopping along the way to take in the beauty of The Republic of Ireland.  Here is our trip path thus far: 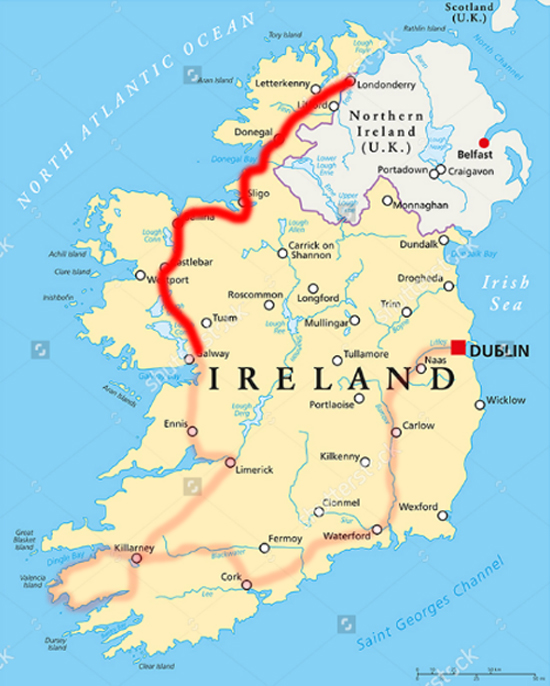 After leaving, our first stop was at a sacred site called Tobernalt Holy Well in Sligo, Ireland. It was an eerily quiet place that is off-the-beaten path — very few tours take you there. It was established in the 5th century during Celtic times — long before Christianity made its way to Ireland.  To enter, you make your way through a tree laden entry and you are reminded that these are sacred grounds. 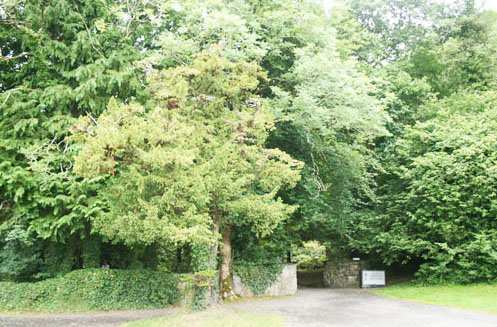 You are immediately met with beautiful flora and babbling streams. 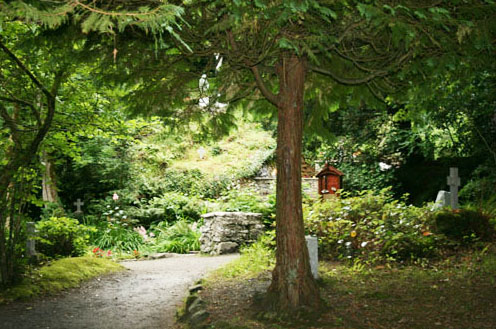 As you make your way up the path, the quietness of this place consumes you. All you hear is singing birds and the trickle of water. 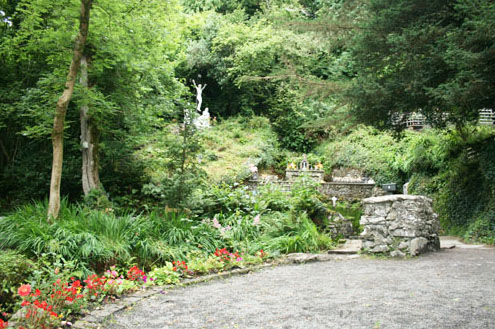 The path culminates in a cross and crucifix scene on an elevated hill. 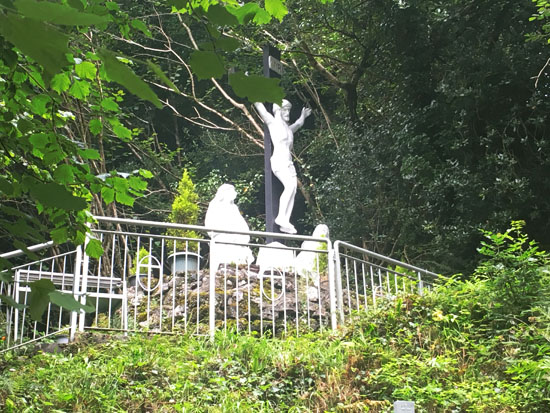 We continued our journey towards Donegal and stopped at a scenic coastal overview that was just a few miles from a castle (notice the castle in the distance). 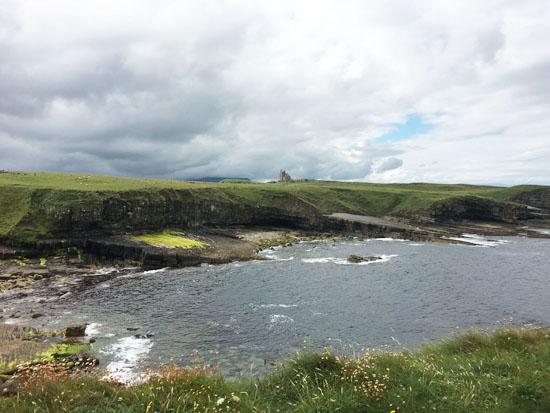 The inlet led out to the sea as I caught a glimpse of a fishing boat in the distance. 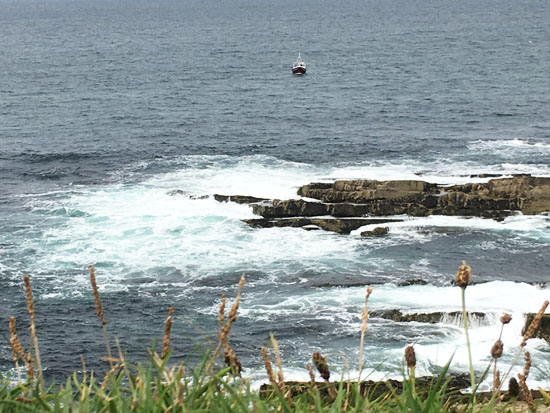 Pictures don’t do it justice, but here is a panoramic view of this incredible place.

We made our way to Donegal, the castle is just off the main square. Built in 1474 by the O’Donnell clan and restored in 1990. In 1607, after the Nine Years war, the leaders of the O’Donnell clan left Ireland in the Flight of the Earls. 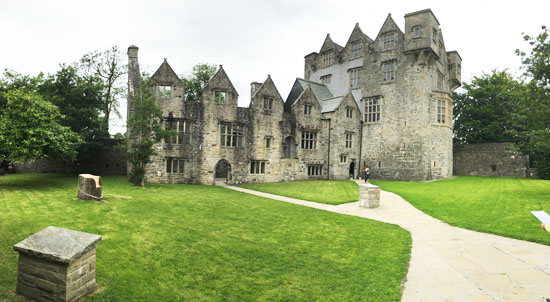 In 1611, the castle and its lands were granted to an English Captain, Basil Brooke. The O’Donnells severely damaged it to prevent the castle from being used against the Gaelic clans. But it was quickly restored by its new owners. Brooke also added windows, a gable and a large manor-house wing, all in the Jacobean style. 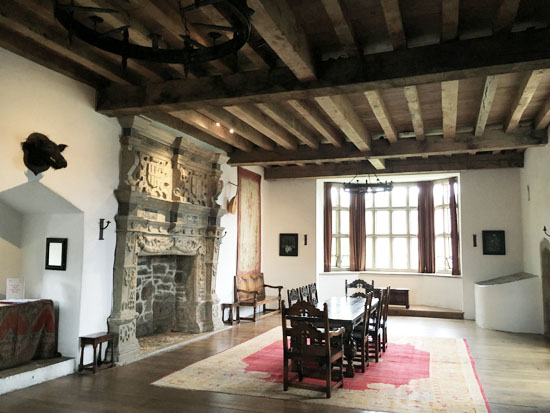 The Brooke family owned the castle for many generations until it fell into a ruinous state in the 18th century. In 1898 the then owner, the Earl of Arran, donated the castle to the Office of Public Works.

Many of us may not realize that The Republic of Ireland and Northern Ireland are two separate countries even though they share the same island. 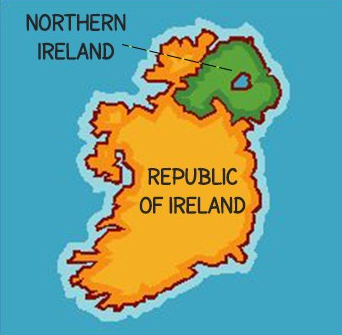 It was not always so. For many years there was a single republic but in May of 1921 they split. During the split, Northern Ireland decided to stay in the United Kingdom (UK) but The Republic of Ireland did not. This has major implications with Brexit — we’ll discuss that in our my next post. 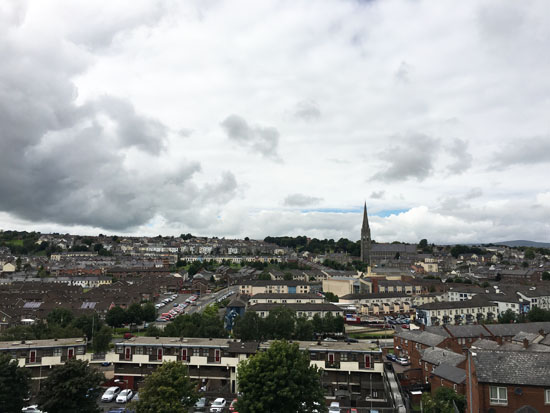 So why the split? You have to go back to earlier times. In 1521, Henry the 8th (the king of England) wanted to divorce his wife. Since England was Catholic, he asked the Pope to grant the divorce. The Pope refused so Henry the 8th basically said “screw you — I will create my own church, I will be the head of that church and it will allow my divorce.”!  That’s when the Protestant religion and the Anglican church began. 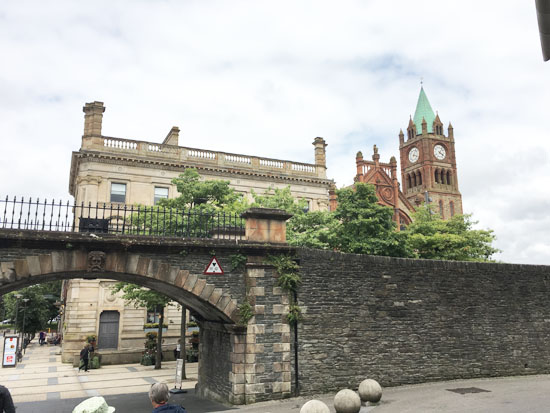 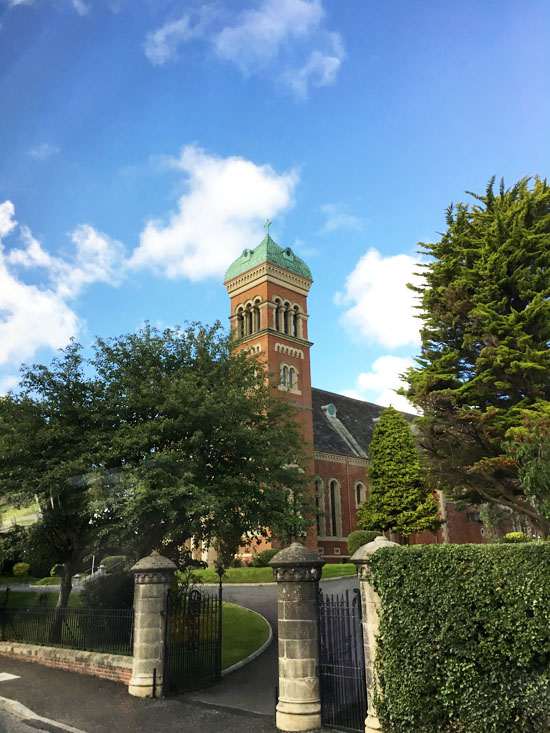 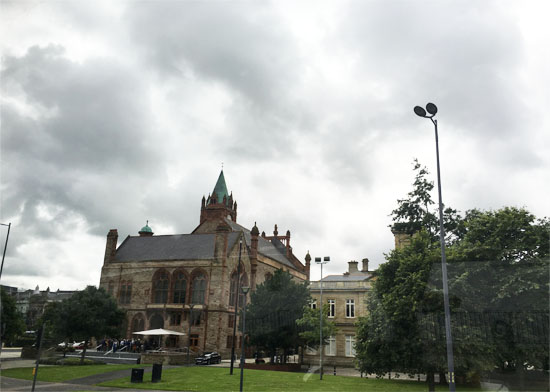 The River Foyle separates Derry and Londonderry and The Republic of Ireland and Northern Ireland. 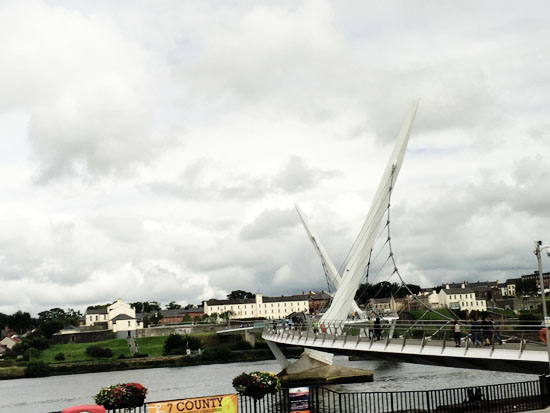 There are still hostilities between Ireland and Northern Ireland and groups like the Irish Republic Army (IRA) fuel the fires of discontent. More about that in my next post.

I’ll leave you with a couple of pictures I took of Derry (on the other side of the river). We took a quick trip up a mountain that offered incredible views of the surrounding area. 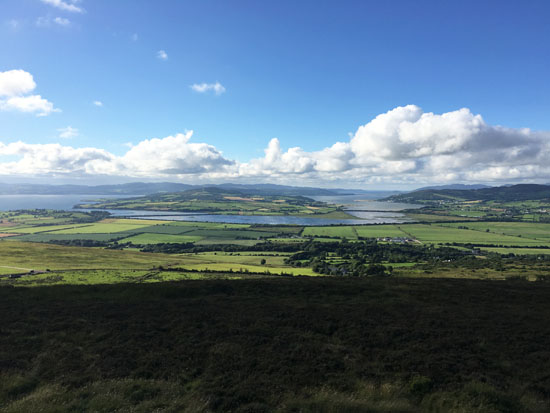 Panoramic View of area just outside of Derry

Next Stop: Giants Causeway and Belfast

We spent 2 weeks on this trip to Ireland, Northern Ireland and Scotland, so I will continue chronicling our journeys over the coming weeks. The next blog will cover our visit to the Giant’s Causeway and Belfast.

6 thoughts on “A Tale of 2 Countries: Republic of Ireland and Northern Ireland”